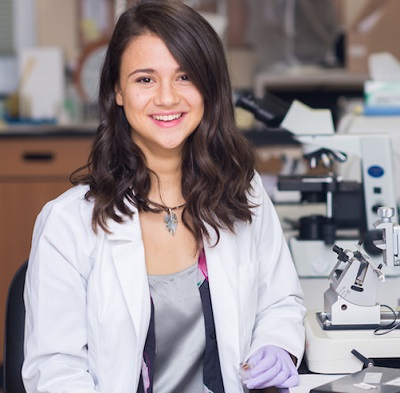 Arianna Kahler-Quesada is a junior from Gresham, OR majoring in Honors Biochemistry and Biophysics. Arianna has shown outstanding leadership and involvement in the Louis Stokes Alliance for minority participation, and she has been a part of the Skeletal Biology Laboratory doing research for the past 3 years. She is also a very active member of the OSU ballroom dance team. In the future, Arianna aspires to a career in the field of medicine, and plans to apply to medical school after spending a year after graduation learning about medical research. 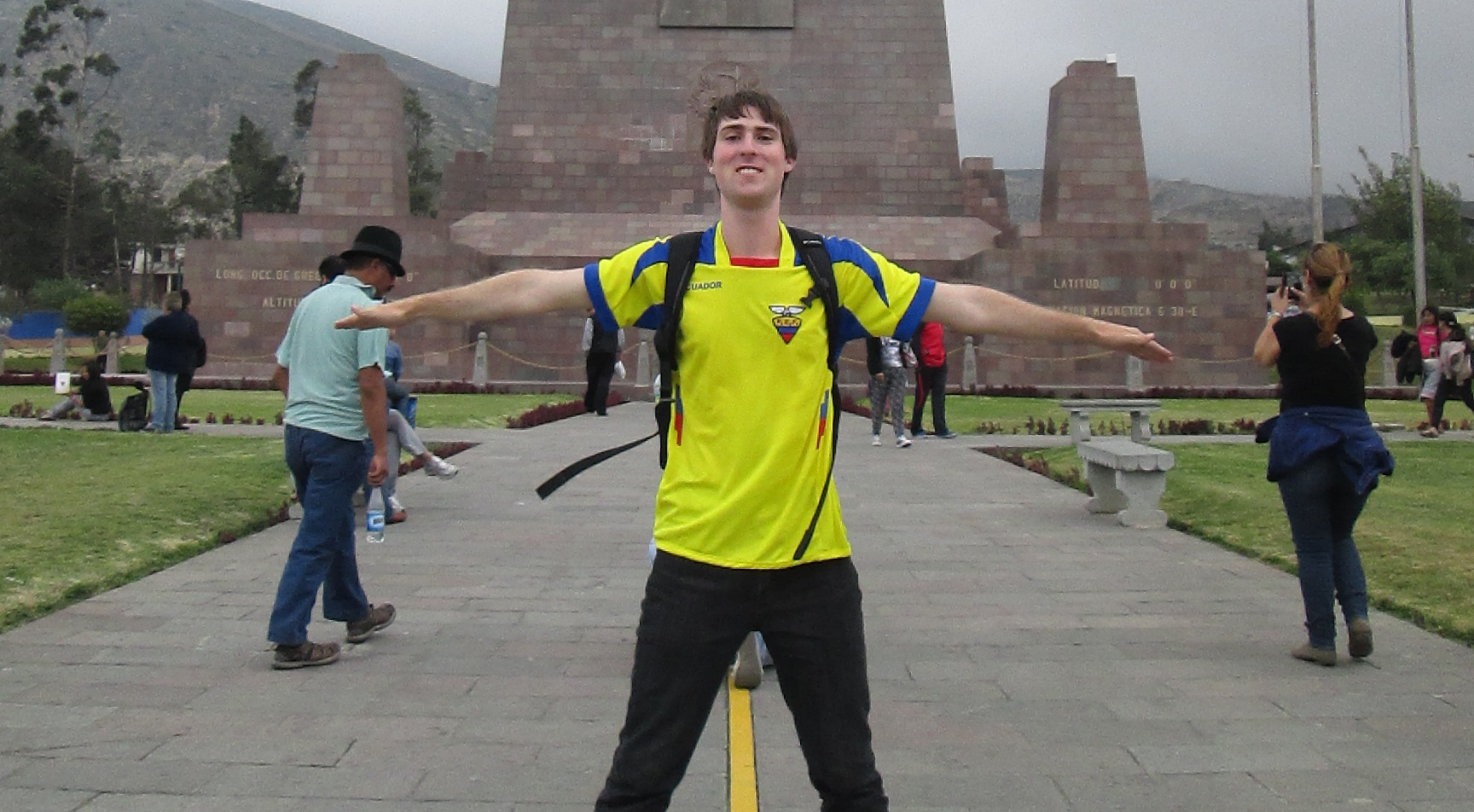 Alden Moss is a junior from Portland studying Honors Bioengineering with minors in Chemistry and Spanish. Alden has gained experience in undergraduate research as a Johnson Intern at OSU for the past two summers and he reports that this has greatly shaped his future career path by demonstrating to that he enjoys research and opening his eyes to many interesting areas of biomedical engineering research. Tissue engineering, biomaterials, and microfluidics are his current specific areas of interest. After completing his undergraduate degree at OSU, he plans to pursue a Ph.D. in biomedical engineering at a top graduate program.

Brian Josephson is a junior at OSU from Tigard, Oregon. He is an Honors Biochemistry and Biophysics major with a Chemistry minor. His future plans are to obtain a PhD in graduate school in a field related to Biochemistry and eventual run his own research lab investigating the inner workings of human pathogens. While at OSU, Brian has found great opportunities through studying abroad in Australia, participating in Greek Life, and working with the Phi Kappa Phi Honors Society. 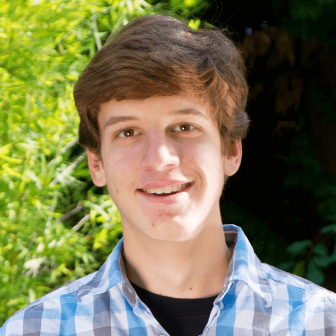 Kevin Bishop is a second year student in Honors Electrical & Computer Engineering from Portland, Oregon. Kevin is OSU’s first ever recipient of the prestigious and highly competitive UK Fulbright Summer Institute award.  Kevin will attend the five week institute in Scotland this summer where he will study and participate in cultural activities at the University of Dundee and the University of Strathclyde. Kevin is active in the Honors College, and serves on the student leadership team for the OSU Lutheran Campus Ministry. 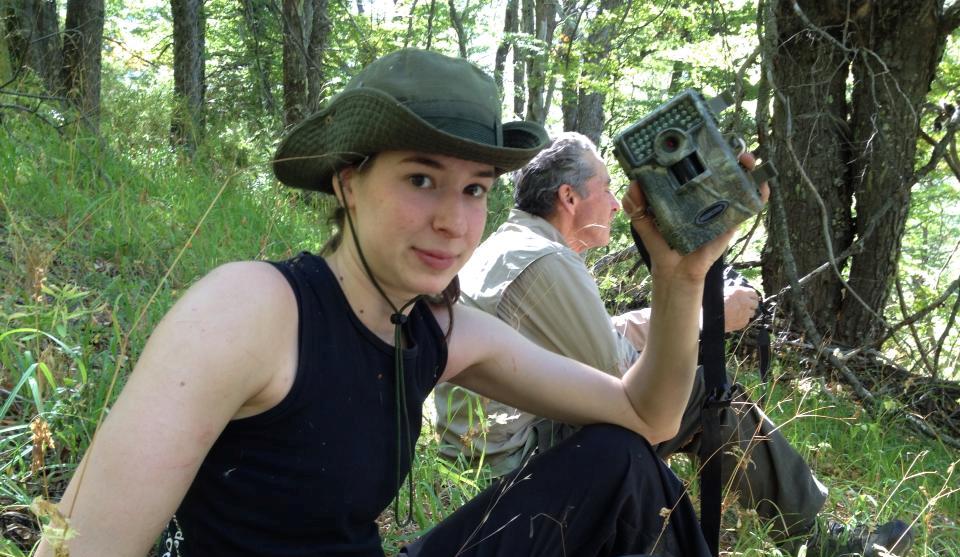 Katharina-Victoria , a 2014 graduate of Oregon State University, has received a Fulbright award to conduct research in Chile in 2017.

Perez will work with local Chilean organizations and international environmental groups to map the habitat and threats of a species of Andean deer, aka the huemul (Hippocamelus bisulcus). Hunting and habitat loss have reduced the population to remote areas in the Andes of Chile and Argentina. The International Union for the Conservation of Nature includes the huemul on its Red List of Threatened Species, as it is estimated that fewer than 1,500 huemul survive. 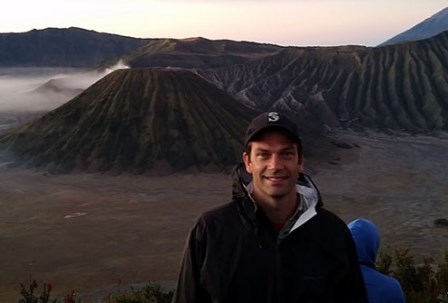 Chris earned an MA in Anthropology from Oregon State University in 2016. Chris conducted fieldwork about Eastern Indonesian university students who migrate to Java for higher education. 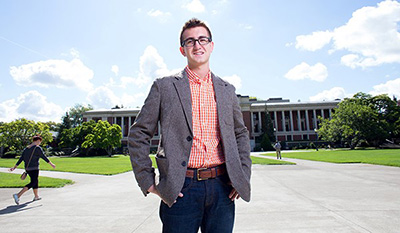 Taylor Sarman is a junior from Union, OR earning a Bachelor of Arts in Political Science and he is the first ever OSU student to reach the final round of competition for the Harry S. Truman scholarship.  Taylor has a truly exemplary record of public and community service having served as ASOSU President, governor appointed student representative to the OSU Board of Trustees, and on OSU boards and committees, among other notable campus involvement. Following his graduation, Taylor plans to attend Law school and earn a master’s degree in Public Policy.  An Oregonian through and through, Taylor hopes to continue to serve the public through advancing economic development in rural parts of the state. 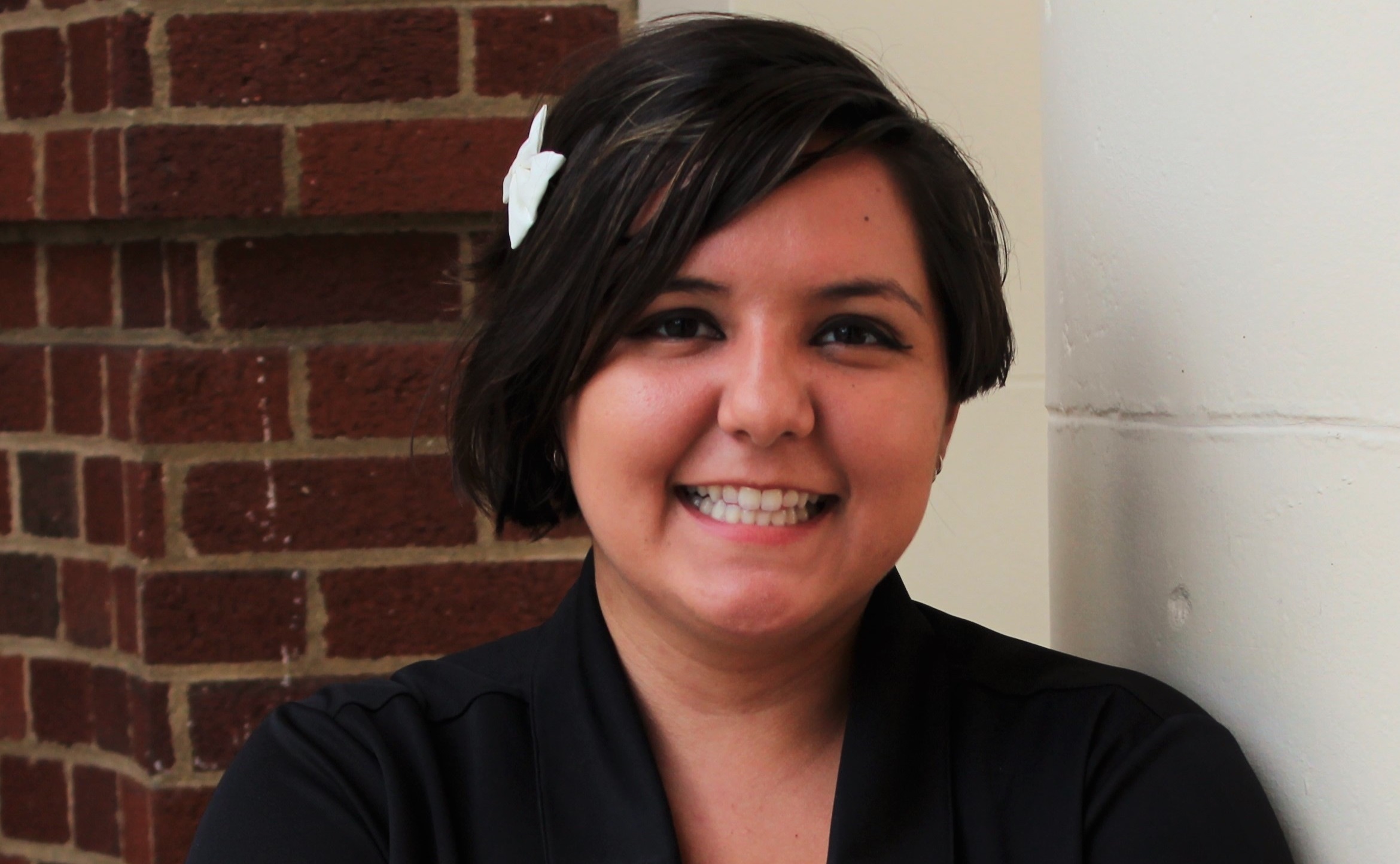 Raven Waldron is a third year from Christmas Valley, OR earning an Honors degree in BioResource Research, with an option in Toxicology and minors in social justice and chemistry.  Raven was awarded the National Udall Scholarship in the category of Tribal Health in support of her toxicology research, involvement in Native American activities on campus, and promotion of diversity in STEM fields. Following graduation, Raven plans to attend Pharmacy school to earn a PharmD/PhD and hopes to eventually work on the Navajo reservation to be involved in risk assessment of environmental contaminants and to communicate ways to minimize these risks to native communities.

For a full list of OSU Gilman Scholars,
please visit: